This months Powerhour mix is courtesy of Buba King!!! These guys have been around for a while, bringing wicked vibes when they play. This mix is testament to their skills, and filled with so much great music. Moving through everything with a break, and complimenting all the way through with vocal stabs and loops, these guys have set the standard for all mixes!!

Bubaking love an excuse to curate a fresh mix and this competition entry for Danny Wav
@ Wonder Fields 2018 is no exception.

This BK Combo Mix has been freshly prepared to feed your ears with eclecticism and represent a sample taster menu of what Bubaking can cook up from scratch and deliver on the platters that matter.

All Genres/Tastes Catered for and we packed in everything including the Kitchen Sink but please don’t ask us to wash up!!!!
All ingredients can be traced from Record Factory to Festival Field.
We cannot guarantee the mix is ” Off Yer Nuts” Free.

Here’s my entry to the Shindig 2015 DJ Comp any support would be mega and really help the campain 😉 cheers guys
This is a Jason King muddy boots mix of Festival Favs,Ghetto Jams,Classics and a few cheeky re-edits by yours truly.
Mixed, cut & scratched in the moonlight hours with about a kilo of black coffee to help with the bloodshot eyes 😉
Equipment used 2 x Technics 1210s, Rane TTM 57SL Mixer/SL3 Serato and Novation Dicers.

Big up the party peeps and players who have already summitted a sterling selection of mix entries , We’re part of a great community here and all deserve to win, theres enough of us to line up a festival in itself.
Win or lose, I had great fun putting this together enjoy 😉
Good Luck Everyone!!

Look what the King’s cooked up for you! A Large Portion of King Fries.
Choice and Classic Cuts Chopped, Mashed and Refried in the Kings Special Blend with a hint of Kurnel MC Seasoning.
100% Attitude Free
Best Served – Loud
PLease Help Spread The Feel Good Vibes Far & Wide 😉

Massive Thanx to The Kurnel MC check him out
https://soundcloud.com/kurnelmc

Jason of Bubaking serves up a straight-cut selection of choice Ghetto Jam flavas seasoned with his own Royale Re-frys 🙂
Dont Forget To Spread The Jam more Ghetojam Mixtapes can be found at www.ghettojam.co.uk 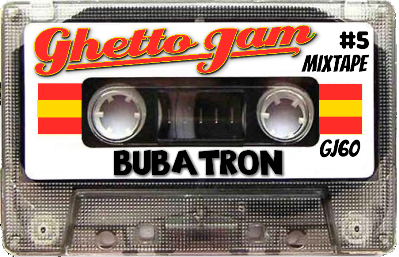 After the Jason Kings last Funky episode, Buba steps up to the plate in his Bubatron alter ego.
He delivers a Filthy ,Earsmashing, Gut Wrenchin, Bone Shaking mix of Glitch,Breaks,Moombah and a dusting of Jungle Breaks.

Old Mac’Spollin and the lovely folks over at www.pigpensocial.co.uk have provided some lush new pastures for our mixes to graze on 🙂

The Pigpen Social promote awesome parties in and around the Bristol area, Actively supporting the local music & culture scene with all profits going to “Charity Mate” 🙂
Pigpen also broadcast their own Pigpen internet radio to all corners of the globe 24/7!

Pigpen Social and Pigpen Radio are social enterprises. Our missions include promoting the local music scene, raising funds for local and international charities, increasing awareness of important global issues, encouraging unselfish concern for the welfare of others, and improving happiness and wellbeing.

Pigpen Radio has received permission from the relevant recording rights holders and music publishers for every recording broadcast. Therefore a license is not required from PPL, PRS, SoundExchange or comparable organisations.